Fame, secrets and other things you may not know about radiology

Get ready November. On the 8th, we’ll celebrate the International Day of Radiology, along with Radiologists, Radiographers, Radiological Technologists and professionals from related fields all over the world. To kick it off we have listed 6 things you may not know about radiology.

The 2018 celebration marks the subspecialty of cardiac imaging, which is one of the fastest growing segments of diagnostic radiology and plays a huge part in the assessment and management of heart patients throughout the world.

As part of that celebration, we’ve put together six things you might not know about the history - and importance - of the x-ray.

Discovery: where x-rays came from
X-rays were discovered and developed by a German physicist named Wilhelm Röntgen in 1895. Within weeks of Röntgen's announcement of x-rays and what they were, physicians and surgeons were already using them to detect foreign objects in the body. The following year, x-rays were also being used as far away from Germany as the United States to detect bone fractures and gunshot wounds.

The rest, as they say, is history.

Fame: “I have seen my death”
So said the wife of Wilhelm Röntgen, when she put her hand on a photographic plate in the pathway of these unknown “x” rays for over thirty minutes to produce the first x-ray of her hand… wedding ring included.

Secrets: x-rays and DNA
Thanks to a form of x-rays, scientists were able to see the double helix structure of DNA in the early 1950s. This scientific discovery laid the foundation for all we’ve learned about DNA since, which allows for the understanding of the human body, diagnostic testing and of course assist in forensic technique in crime investigations.

Important stuff. And impossible to know without the x-ray.

X-rays can also be used to burn off moles early in their history. Even today, x-rays (radiotherapy) are used to treat some forms of cancer.

Names: the x-factor
Is there a cooler letter than ‘x’?

For a medical technique, x-rays are pretty mysterious and a little bit charismatic: the "x" in "x-ray" stands for "unknown." Though scientists now know a lot about x-rays, Carl Roentgen named them x-rays because when he detected them he didn't know quite what they were.

Altruism: no patent, no problem
X-rays have played a pivotal role in medical history and practice. But it could have been very different if Roentgen had taken a different path.

After discovering x-rays, Roentgen refused to patent them. If he had, the use and development of x-rays would have been dramatically limited due to the patents and the costs involved in using them. Roentgen saw the widespread benefits that could come from x-rays and their use, and he wanted all of humankind to benefit, and not just him or a small group of scientists and physicians.

Hosted by Dr Arjun Nair, author of many peer-reviewed scientific papers and books on cardio thoracic imaging, our first webinar of 2020 seeks to delivery some fascinating learning outcomes including lung nodule types and their clinical significance and the relevance to lung cancer screening. 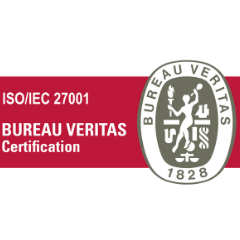 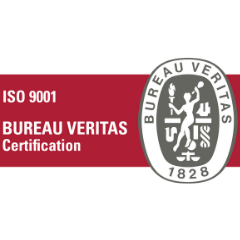